Azomahou, T.T., Diene, B., Gosselin-Pali, A., 2022. Transition and persistence in the double burden of malnutrition and overweight or obesity: Evidence from South Africa. Food Policy (2022). 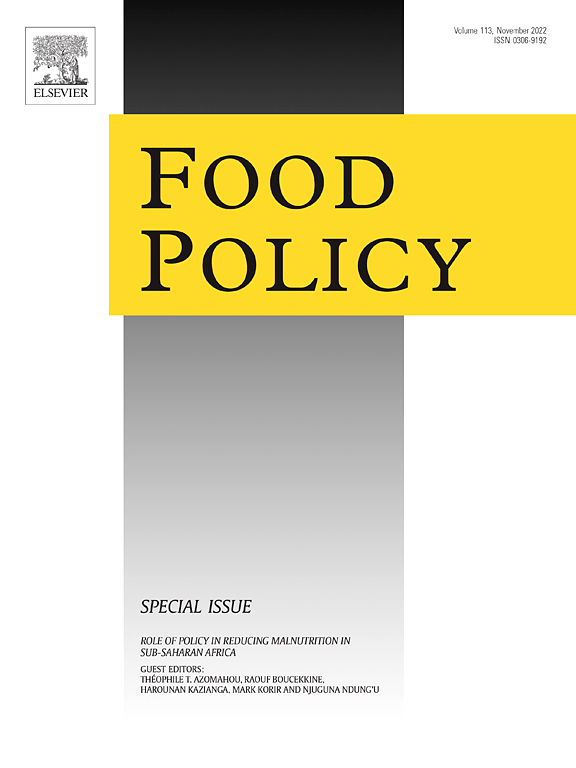 This paper analyzes transition and persistence patterns of the Double Burden of Malnutrition (DBM) and overweight or obesity (OVOB) using South African household data spanning over 2008–2017. To test whether the DBM (the coexistence of at least one overweight or obese and one underweight individual in a household) is either a transitory or a persistent phenomenon, we use a dynamic random-effects probit model with unobserved heterogeneity. Our findings suggest that DBM is a transitory phenomenon as most double burden households over one survey period do not remain so in the subsequent waves. OVOB households remain so, implying persistence at the household level. We observe that the persistence of OVOB at the household level is mainly driven by persistence at the individual level. On the other hand, we find that the individual level rationale for the transitory status of the DBM is that underweight does not persist over time as underweight individuals do not remain so for extended periods. These widespread nutritional issues require appropriate measures such as double-duty actions.