Science Popularization: Transition and persistence in the double burden of malnutrition and overweight or obesity: Evidence from South Africa

The aim of this post is to simplify and popularize the paper. 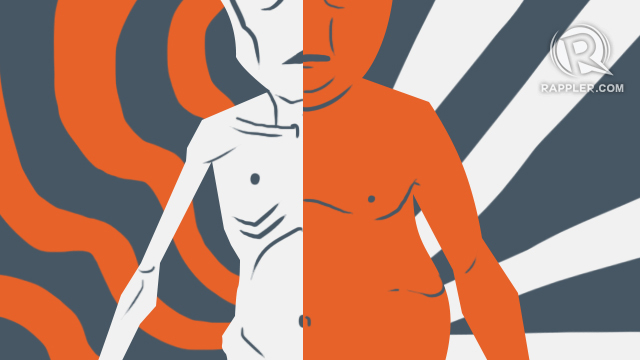 The double burden of malnutrition refers to the coexistence of undernutrition and overweight or obesity in the same populations, households, or individuals. Focusing on the household level, we seek to investigate whether this nutritional status is a transitory or persistent phenomenon in South Africa. Our results suggest that this is a transitory phenomenon, as most DBM households in one survey period do not remain so in subsequent waves. We also examine households that are overweight or obese (OVOB) and find that these households remain so, implying persistence related to this status. Finally, DBM households are more likely to be considered OVOB over time.

The double burden is partly attributed to the simultaneous progression of economic development and the nutrition transition. As a result, while undernutrition is stagnating or declining slightly, obesity is increasing dramatically in many countries. To study this phenomenon and its dynamics, we use South Africa as an example, where the prevalence of stunting among children was 27.4% in 2020, while the prevalence of overweight or obesity among women was 67.2%. This country is the most affected by the obesity epidemic in sub-Saharan Africa and undernutrition persists, especially in the poorest communities.

We use five waves of surveys from the National Income Dynamics Study (NIDS) collected by the University of Cape Town in South Africa. The surveys investigate the living conditions of South African individuals and cover questions related to economic activity, poverty, labor force participation, education, or health. Since 2008, the surveys have been conducted every two to three years and the latest available wave was conducted in 2017. We use all five survey waves and assign a nutritional status for each individual based on their BMI. These measures subsequently enable us to define a nutritional status at the household level.

Furthermore, our results show that DBM households are more likely to become OVOB over time. These household-level findings stem from individual-level implications. In this paper, we, therefore, sought to explain what at the individual level explains the dynamics of nutritional status at the household level. Specifically, we find that the persistence of OVOB at the household level is mainly due to persistence at the individual level. In other words, overweight and obese individuals in these households remain overweight and obese. For households that transition from DBM to OVOB from one survey period to the next, this suggests that underweight is decreasing as a significant proportion of previously underweight individuals become normal. For some individuals, this may be considered an improvement in nutritional status. Nevertheless, this may not be the case for all members of the household since some remain overweight and obese. Furthermore, according to Barker’s hypothesis, it is not excluded that underweight children who become normal later develop chronic, non-communicable conditions such as overweight and obesity. Therefore, this could contribute to the growing obesity epidemic over time.

The double burden is a growing public health problem in developing countries and requires specific policy interventions, namely double-duty actions. These aim to simultaneously address undernutrition, overweight, obesity, and diet-related non-communicable diseases. These initiatives may consist of new policy proposals or existing interventions that address one form of malnutrition but scale up to address the multiple forms associated with the DBM.

To go further, please find a link to the paper